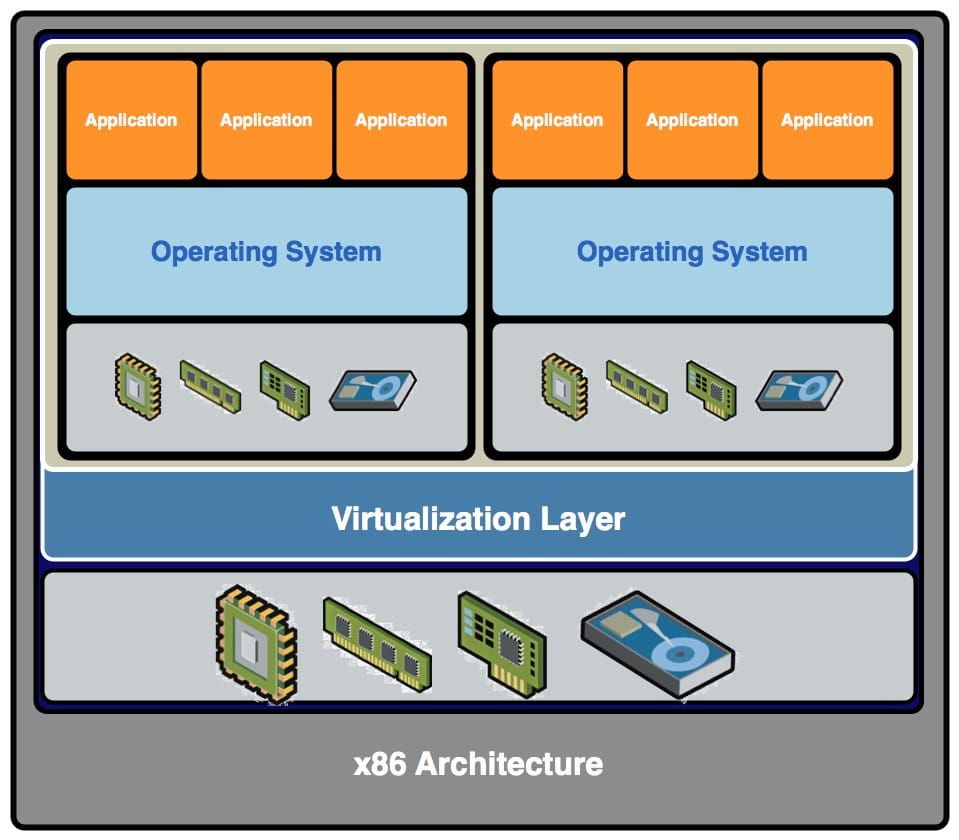 Virtualization allows multiple instances of the software (Your operating system, for example) in a self-contained “Virtual”environment using the hardware resources of one computer (a server). A good example would be a your server running Microsoft Server 2012 to manage your network and file, a VM of Windows 2008 running an old accountancy package, and a VM of Windows Exchange running your email; all self contained on the machine and sharing the resources of that hardware with the other Virtual Machines.
Virtualization software allows you to run multiple instances of software on the one piece of equipment.  Now, one box does the job of many reducing cost and overheads and reducing the likelihood of downtime. Virtualization software is not only limited to server software, but it can also be used on desktop systems (free to use for individuals), VOIP systems, storage devices and networks.

These are just a few of the benefits of using virtualization technology. From a business owner or manager’s point of view, the reduction in costs by using virtualisation are very apparent. The ability to recover from a disaster scenario in little or no time at all will make them sleep a little more soundly at night.
HybridTPIT ServicesIT Support AthloneIT Support CorkIT Support DublinIT Support GalwayIT Support IrelandIT Support LimerickIT Support Sligomanaged itManaged it servicesVirtualization