Dell: For Windows Server 2003, the end is closer than you’d think 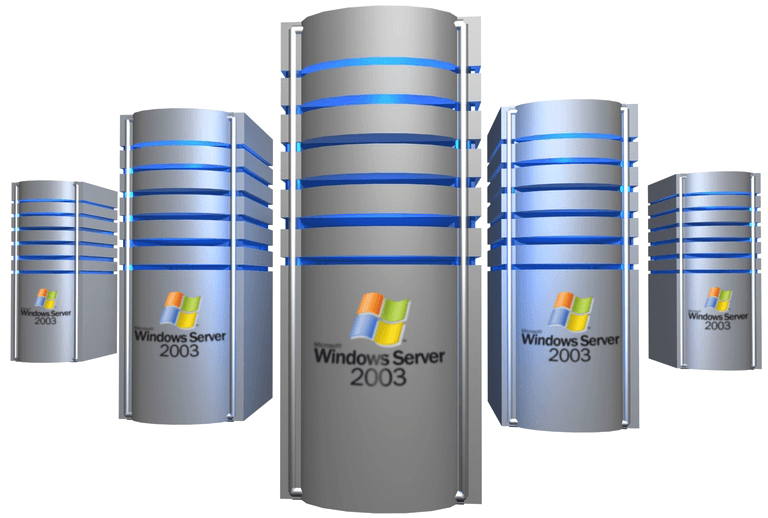 Administrators who spent time this year retiring their last computers running Microsoft Windows XP might have another migration task ahead—Microsoft is set to retire its Windows Server 2003 operating system next July.
The good news is that in many cases the necessity of a server software upgrade will also give organizations the opportunity to modernize overall architecture, said Michael Tweddle, Dell executive director of Windows management, during a discussion on the subject Wednesday in New York.
“We see the end of Windows Server 2003 as a driver leading to broader projects,” Tweddle said. “There is a lot of Microsoft technology that organizations want to move to, but they need to clean up the underlying infrastructure to properly do that.”
Microsoft’s exact cut-off date for supporting Windows Server 2003 is July 14, 2015, which gives administrators 223 days to update any remaining machines running the operating system for servers. This is not actually a lot of time, given the potential complexities of an upgrade to Windows Server 2008 or Windows Server 2012, or to move a workload to the cloud, agreed the round table’s participants.
Last year, Microsoft exerted considerable effort in getting people to upgrade or otherwise retire Windows XP. Not supporting an OS means that the Microsoft will no longer send out patches to fix recently discovered vulnerabilities, leaving those machines still running the OS open to attackers who could use these vulnerabilities to take control of the machines and use them to purloin sensitive information and access any connected IT infrastructure. Microsoft has estimated that there may be between as many as 20 million copies of Windows Server 2003 are still running.
Beyond the obvious security vulnerabilities, the upgrade will also help organizations update their architecture to better fit in with today’s IT ecosystem, the participants said.
Many of the best practices Microsoft put in place with the release of Windows Server 2003 no longer are applicable, Tweddle noted. For instance, each branch office probably doesn’t need its own Active Directory domain server. Active Directory keeps track of an organization’s user and group accounts, and is a core component to Windows Server. Today even the average branch office has so much more bandwidth than it did a decade ago, so that it now makes sense for an organization to centralize Active Directory and have the branch office access these services remotely.
Moreover, the newer versions of Windows Server, especially Windows Server 2012, are far better equipped to get organizations on the cloud, Tweddle said. The OS and supporting tools provide specific connection points to the Microsoft Azure and Office365 cloud services.
The newest Windows Server also supports newer Microsoft enterprise technologies such as the Lync communications software and the Microsoft Hyper-V hypervisor for virtualizing workloads so they can be moved to the cloud, or used as part of a private or hybrid cloud architecture, said Mark Linton, Microsoft senior director of portfolio and product management.
In addition to upgrading the infrastructure, organizations must also confront the challenge of updating the applications that run on these servers. In particular, Windows 2003 was a 32-bit OS, meaning that any applications that need to be carried forward must be checked to see if they can run in the 64-bit environment of the newer Windows Servers. For commercially supported software, this isn’t so much of a problem, but it can be an issue for home-grown applications. Microsoft itself offers an assessment toolkit to help determine the amount of work that needs to be done, and Dell offers the ChangeBase software to pinpoint compatibility issues.
“We see a lot of organizations looking at their legacy applications and asking if they want to still run them on prem, or if they can be run in the cloud,” Tweddle said.
Many organizations that are migrating from Windows Server 2003 are indeed using the opportunity to modernize other aspects of their operations as well, agreed Alan West, President and CEO of XMS Solutions, a Dell channel partner specializing in migration services.
For instance, XMS was contacted by a Midwestern U.S. health care firm to help update two machines running Windows Server 2003, which it inherited when it acquired another company. When XMS started looking at the company’s infrastructure, it had found that the organization was also managing 8,000 workstations controlled by legacy Novell servers. The upgrade also provided the opportunity for the organization to move these users over to the newer Active Directory registry, and move users from Novell’s GroupWise collaboration software to Office365, West said.
“Basically, what started as a relatively small migration has turned to into a fantastic opportunity for the health care institute to join us in the 21st century,” West said.